Today marks the 70th Anniversary of the Nanking Massacre committed by Japanese troops in the former capital of China, Nanking in 1937. Different from the 1997 commemorations which marked the 60th, the biggest difference this year is the reopening of the Nanking Massacre Memorial Hall after extensive renovation of 2 years which has greatly expanded collections displayed to over 3,000 items as well as over a dozen films and documentaries which retell the events and stories of that dark winter of 1937-1938.

Since my August 15th 'End of WW2 Commemoration' post, much more information as well as pictures have now been released on these movies. Below is a summary of all the films/docs which have the Massacre theme either already released or planned for release in the near future: 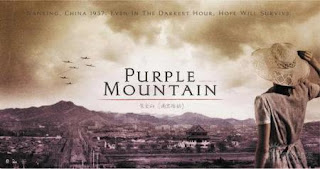 This mega-production by China and Hollywood production studios jointly is reportedly having a budget of over $50 million and the huge film set which seeks to recreate 1937 Nanking is reported to be completed by the end of the month. The director is Simon West (of Lara Croft fame) and the script is penned by William MacDonald (TV Series 'Rome'). The cast is not decided yet and they seem to be having problems casting for roles as it has taken them an entire year since production was announced last year but no names have been confirmed yet for any of the major roles of the film, which will revolve around real-life character Minnie Vautrin, the 'Goddess of Nanking' and a fictional Chinese family consisting of a mother and her daughter and how they experience the massacre. I am highly anticipating this film given its huge budget and the Hollywood factor!!!
'Iris Chang: The Rape of Nanking' (Canada, 2007) 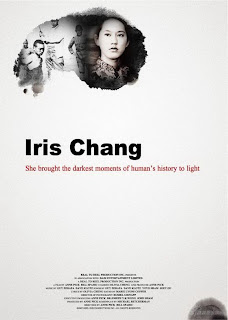 A Canadian funded and produced docu-drama of the American- Chinese author Iris Chang's life, dealing with the world-wide bestseller book 'The Rape of Nanking' she wrote which exposed the Rape of Nanking to the western world and brought it to worldwide attention after a long slumber of neglect by the world for 60 years. It just had its Canadian premiere in November 07 and its Hong Kong premiere early this month.

Nanking! Nanking! 南京！南京！(China-HK, 2008)
This is the only film dealing with the Nanking Massacre from the perspective of Chinese people out of the multitude of films coming out or planned for next year or in 2009. This film views the massacre from the perspective of three people, mainly a Chinese Commander (刘烨）, a Japanese General, and a foreign-educated Chinese female teacher （高圆圆）The director is the famous Chinese director of award-winning Kekexili 可可西里 Lu Chuan (陆川) and it is noted that he had alot of problem getting his film to roll with censors,casting, etc problems since last yr. Its a relief he has finally started rolling the camera on his Nanking Massacre mega-pic. I am looking forward to it given that its the FIRST Mainland Chinese film dealing with the Nanking Massacre topic directly since '87. Also it has one of my fav Chinese mainland actress as the female lead, the pretty feminine Gao Yuan Yuan in it....gosh, she's just sooooo pretty...see pic above....as a note, the film is scheduled for release in black and white monotone (like the official screenshots below) and thus will resemble 'Schindler's List' somewhat... 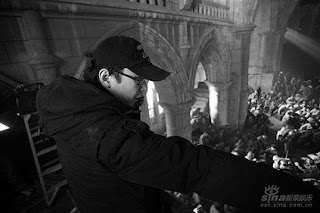 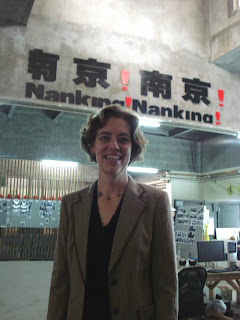 Rising Chinese Star Gao Yuan Yuan (she has acted as the female lead in Jackie Chan's Rob‘B'Hood）will be the female lead of Chinese film 'Nanking! Nanking!' due for release in 2008. 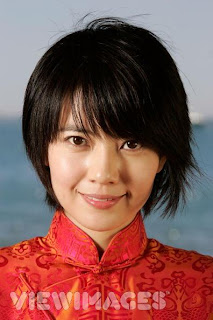 John Rabe (China-Germany, 2008):
This is a German-Chinese Co-production centering on the life of John Rabe, the Nazi Businessman who headed the International Sfatey Zone Committee and lived in China for 29 years prior to the Japanese occupation of the city. He played a crucial and major role in setting up and protecting the refugees during the worst of the carnage and his wartime diary detailing in detail Japanese atrocities during the Rape was published in 1997. The movie will be based on his diary in large part. 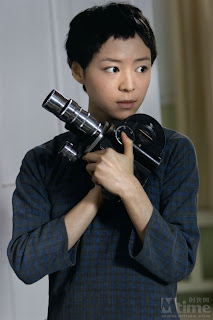 Zhang Jing-Chu (Female lead in Rush Hour 3 with Chris Tucker and Jackie Chan) as a female student during the massacre. 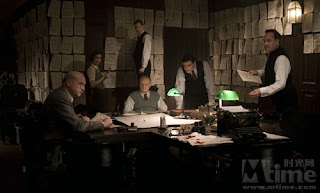 The International Committee at a meeting detailing the atrocities committed by the Japanese army in Nanking.


The Children of Huangshi (US-Germany-Australia,2007) 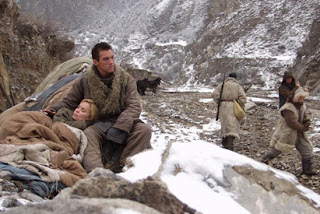 This major co-production is due for release in the States this month to be in time for the nominations for the Oscars next yr 2008. It is loosely based on the true story of a British journalist whom, along with an Australian nurse, brought dozens of Chinese orphans on a gruelling trek across the harsh Chinese hinterlands to seek refuge from the swift Japanese advance across and into interior China in 1938. It stars Jonathan Rhys Meyers,Radha Mitchell, Chow Yun-Fat, and Michelle Yeoh.
Official Site: http://www.sonyclassics.com/thechildrenofhuangshi/
Nanking (US, 2008):
This Sundance award-winning documentary explores the Nanking Massacre from the perspective of a handful of Westerners whom stayed behind to set up and save Chinese refugees from the marauding Japanese troops during the Nanking Massacre in 1937. I saw it on the 13th December 2007, the exact day marking the 70th Anniv. of the Nanking Massacre, and it was simply spell-binding and draws your attention for the full 90 minutes of the doco. 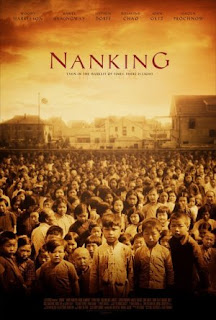 Watch it on youtube:) (someone has been thoughtful enough to upload it on youtube!):
http://www.youtube.com/watch?v=4QhdFTypMH4
Official Site：http://www.nankingthefilm.com/
Other Films Announced on the Nanking Massacre theme:
Yim Ho's (严浩）'Nanking X'mas: 1937' is currently in pre-production with finances and script approval already obtained. It is reportedly going to be big-budgeted international production and i am very looking forward to it, cos i love the director's previous work!!
Stanley Tong (唐季礼）of 'The Myth' and 'The Police Story' series in Hong Kong is also in preparations for his next upcoming mega project tentatively called 'The Diary'. The film will chronicle the entire War of Resistance Against Japan from July 1937 all the way to the surrender of Japan in August 1945. The finances will be coming from international sources and his script has been approved already by China's censors. He is apparently currently undergoing preparations for filming as well as scouting for roles. 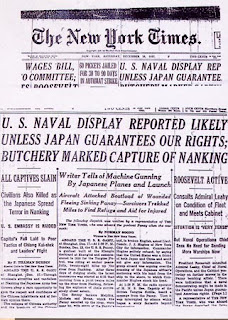 First News of the 'Rape of Nanking' in the West.

Links to Articles Commemorating the 70th Anniv. of the Rape of Nanking:
http://ap.google.com/article/ALeqM5hgyC9gWMxyxsqDCWqPBKLsbkivDQD8TGO2M80
http://uk.reuters.com/article/topNews/idUKPEK14903820071213
http://www.cctv.com/english/20071211/101257.shtml
http://www.channelnewsasia.com/stories/entertainment/view/316734/1/.html
Official Memorial Ceremony for the 70th Anniv. of the Nanking Massacre held in Nanjing City (then called Nanking) on the morning of 13 December 2007. 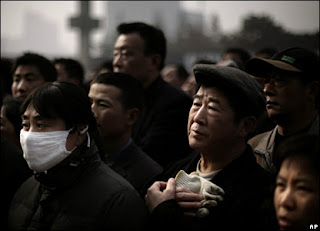 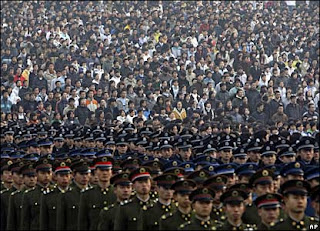 hi you know the name of this thai actor? who is he?